Riso printing the genome data of SARS-CoV-2
29915 base pairs: Adenine in flat gold, Cytosine in orange, Guanine in blue, Thymine in green

The image illustrates one of the very first test prints with hilarious misalignments. The squares that were expected to fill the surface seamlessly create numerous overlaps and voids. These test prints, normally considered unsuccessful runs, however, might be seen as a more realistic representation of how viruses spread. Unlike eukaryotes with a more elaborate “proofreading” process of DNA replication, viruses reproduce themselves without regulations and therefore mutate much more rapidly. The act of printing the DNA sequence of the virus that caused the COVID-19 pandemic with a domestic riso printer is like the way we reproduce the virus in-vivo, causing misalignments and mutations. 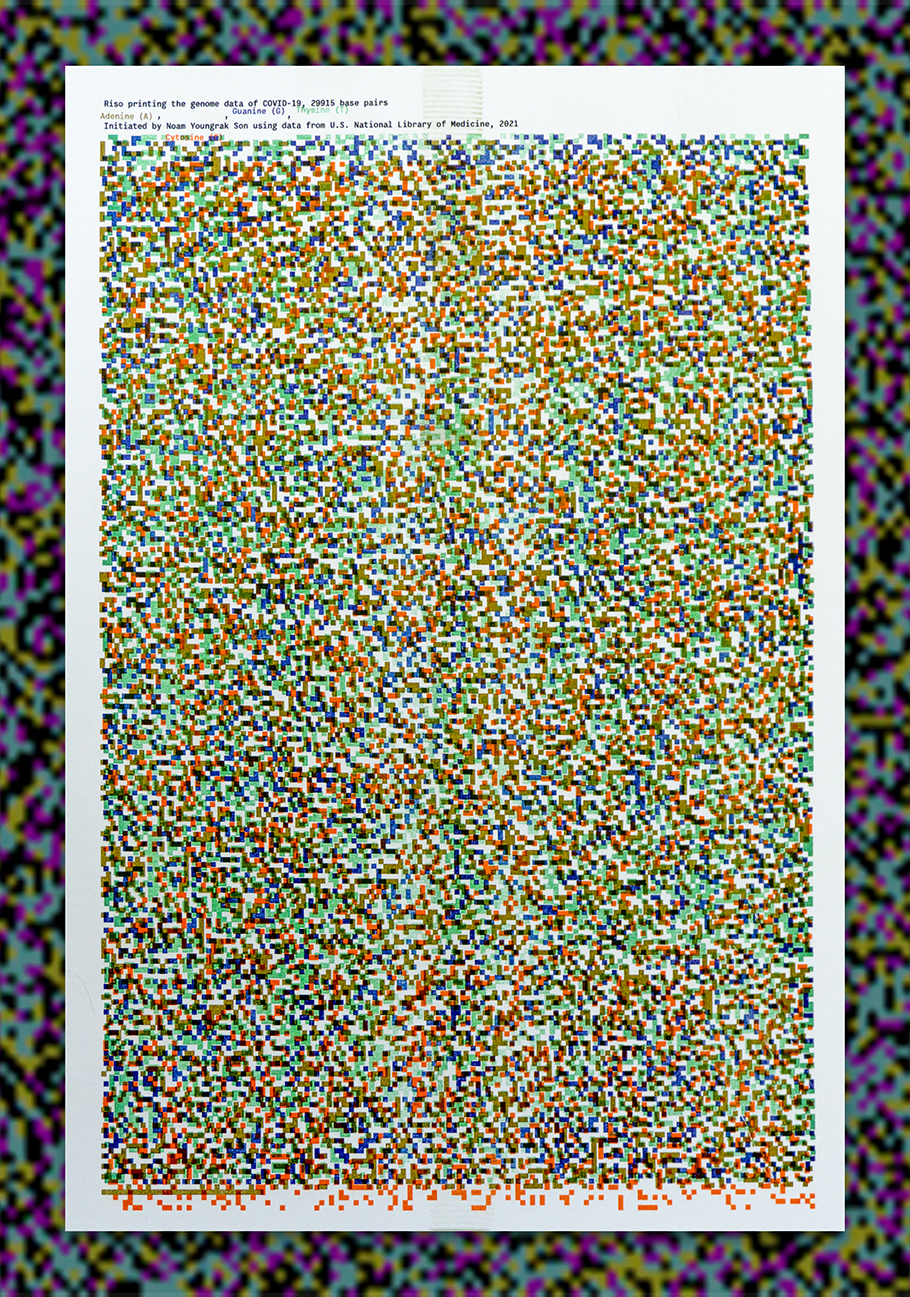